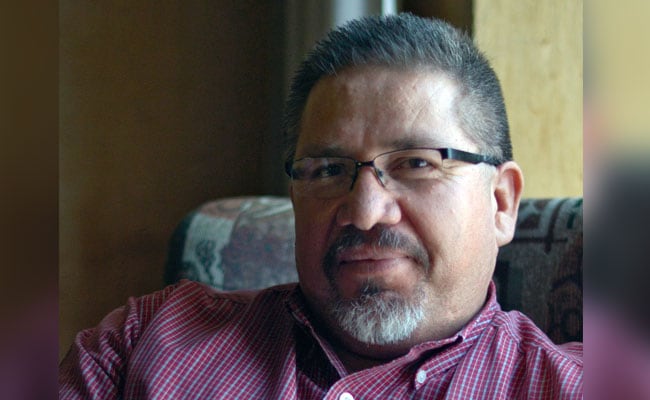 Juan Francisco Picos Berrueta, known as “El Quillo,” was found guilty as “a material co-perpetrator in the murder”, the prosecution said in a statement.

He will be sentenced at a later date and faces up to 50 years in prison as he refused to plead guilty in exchange for a shorter term. He was tried as the main perpetrator in Valdez’ assassination.

Valdez, who was a co-founder of the Riodoce weekly newspaper and a prominent chronicler of Mexico’s deadly drug war, was shot dead four years ago in Culiacan, the capital of the northern Mexican state of Sinaloa.

Last year, the first suspect in the case, Heriberto Picos Barraza, was sentenced to 14 years and eight months in prison after confessing.

Picos Barraza, nicknamed “El Koala,” served as a driver for two others, Picos Berrueta and Luis Idelfonso Sanchez, who shot Valdez outside his office, according to the prosecution.

In the trial, it was revealed that the trio had links to notorious Mexican drug kingpin Joaquin “Chapo” Guzman, who is serving life behind bars in the United States.

The prosecution has said the assassination was ordered by Damaso Lopez Serrano, the son of a drug trafficker, who was furious at having been criticized in an article by Riodoce.

Lopez Serrano, who allegedly paid for the killing and supplied the weapons, has denied involvement.

Valdez’s widow, Griselda Triana, told reporters that the search for justice continues as the mastermind of her husband’s killing has yet to be prosecuted.

Valdez, who was an AFP contributor for a decade and also a correspondent for La Jornada, was known for writing articles critical of powerful criminal gangs such as the Sinaloa drug cartel led by Guzman.

One of his final pieces was about the internal struggles within the Sinaloa cartel following Guzman’s capture in January 2016, before the drug lord was extradited to the US.

The Breach-Valdez Prize for journalism and human rights is awarded in honor of him and fellow journalist Miroslava Breach, who was also murdered in 2017. It is sponsored by AFP and the United Nations, along with several other organizations.

Mexico is regularly ranked by press watchdogs alongside Syria and Afghanistan as one of the world’s most dangerous countries for journalists.

Since 2000, more than 100 Mexican journalists have been killed, and most of the cases remain unsolved, according to press groups.

These innovative designs are tackling taboo health issues for women