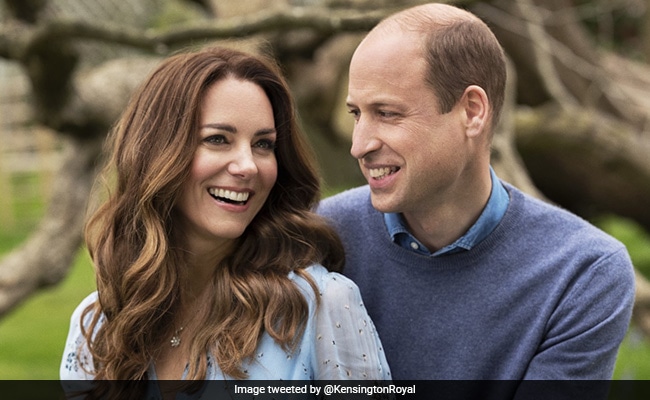 Queen wished William and Kate on their 10th wedding anniversary

Britain’s Queen Elizabeth II wished her grandson Prince William and his wife Kate Middleton, the Duke and Duchess of Cambridge, a “very happy” tenth wedding anniversary. William, 38, second in line to the British throne, and 39-year-old Kate marked the day with the release of two specially commissioned photographs of the couple posing together at Kensington Palace in London, shot by photographer Chris Floyd this week. The couple, who met while students at St. Andrews University in Scotland, had tied the knot after an eight-year-long relationship at a grand ceremony at Westminster Abbey in London 10 years ago.

“Wishing The Duke and Duchess of Cambridge a very happy wedding anniversary. Today marks ten years since Their Royal Highnesses exchanged vows at Westminster Abbey,” read the Queen’s greeting released by Buckingham Palace on Twitter along with one of the photographs of the couple.

Wishing The Duke and Duchess of Cambridge a very happy wedding anniversary.

The photograph shows them smiling for the cameras in the grounds of Kensington Palace, similar to a photograph taken to celebrate the couple’s engagement 11 years ago. The second photograph released by the royals shows the couple, dubbed Wills and Kate, sitting on the ground together holding hands.

During the course of the coronavirus lockdowns, the family baked goods for local vulnerable people, carried out video calls, supported key workers and home-schooled their children. Kate has also focused on charity work in the areas of mental health, the visual arts and the benefits of outdoor life.

The couple also became joint patrons of NHS Charities Together. The 240 NHS charities in the UK provide extra funding for hospitals, community and mental health services, and ambulance services. A new BBC documentary is set to air on Friday to celebrate the couple’s royal wedding, watched by millions around the world in 2011. ”Royal Wedding: A Day To Remember” will feature an interview with Dr Rowan Williams, the former Archbishop of Canterbury who conducted the couple’s wedding service, and then Prime Minister David Cameron.

Deadly California Fire Was Started To Cover Up A Murder: Police