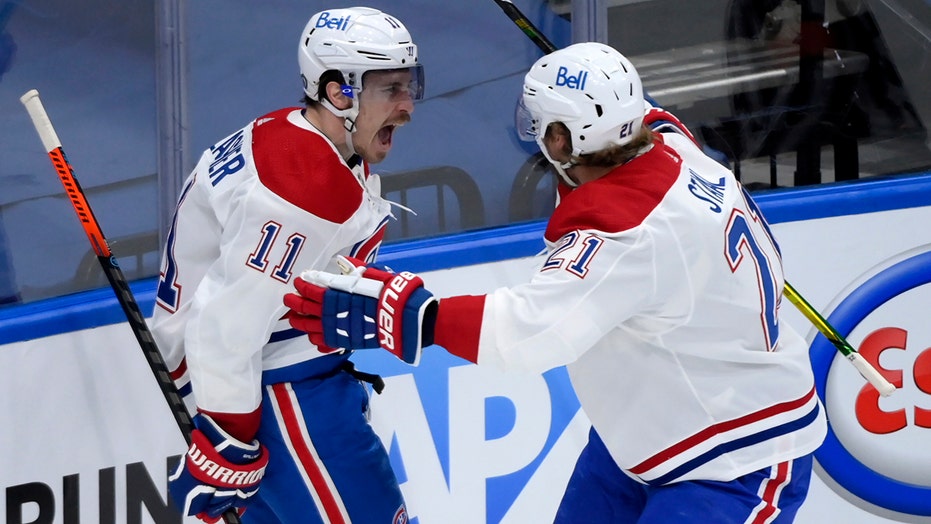 The Montreal Canadiens faced elimination three times against the Toronto Maple Leafs. And they brushed off the pressure each time.

Carey Price made 30 saves and the Canadiens advanced to the second round by beating the Maple Leafs 3-1 in Game 7 on Monday night.

Brendan Gallagher, Corey Perry and Tyler Toffoli also scored for the Canadiens, who stormed back from a 3-1 deficit for the third time in franchise history to win a series. Eric Staal had two assists for Montreal, which advanced to the second round for the first time since 2015.

“We played Game 5, Game 6 the same way — we had our backs to the wall,” Canadiens coach Dominique Ducharme said. “So for us tonight, it was just the same mindset, the same way to prepare, and I felt our guys were in the right place and even more confident than before because we just won those last two games.

“So (Monday) was not that different of a day. I thought our guys handled it really well and I think it showed on the ice.”

The Canadiens will take on Winnipeg after the Jets swept Edmonton in the Canadian-based North Division’s other series. Game 1 is Wednesday at Winnipeg.

“We won a series, we’re happy about that,” Ducharme said. “But we want more, so after tonight you need to turn the page. We’ll take all the goods that made us have success and bring that to the next one.”

William Nylander had a late goal and Jack Campbell stopped 20 shots for Toronto, which hasn’t advanced in the postseason since 2004. The Maple Leafs appeared in control of this series while taking a 3-1 lead, but Montreal forced a deciding Game 7 by winning two in a row in overtime.

“It’s as hard as it gets,” Toronto defenseman Morgan Rielly said. “The goals are higher than what we achieved. It makes the disappointment much worse.”

Montreal opened the scoring at 3:02 of the second on a sequence that started with a turnover by Mitch Marner at the offensive blue line. The Canadiens headed the other way and Gallagher scored his first goal since April 1 after missing six weeks with a broken thumb.

The Maple Leafs nearly tied it moments later when Price stopped Zach Hyman in tight before Auston Matthews ripped a shot off the post on a 2-on-1.

But the Canadiens went up by two at 15:25 when Nick Suzuki’s shot on a power play went off Perry in front for his second goal in as many games. It was Montreal’s third goal with the man advantage in two games after going 0 for 15 to start the series.

The Leafs, who finished 18 points ahead of the Canadiens in the regular season and haven’t won the Stanley Cup since 1967, got a power play to start the third. But Price denied Hyman on a redirect at the side of the goal.

Toronto pulled Campbell with 3:35 left, but Toffoli scored into an empty net just over a minute later.

Nylander added team-high fifth of the series with 1:36 to end Price’s shutout bid.

“Not really sure how to sum it up,” said Matthews, the NHL’s goal-scoring leader in the regular season who scored just once in the series. “Extremely frustrating.”

Already without captain John Tavares (concussion, knee), the Maple Leafs also had to play without defenseman Jake Muzzin (suspected groin injury) after he left Saturday in the first period.

NOTES: Toronto lost a Game 7 on home ice for just the second time in their history — Wayne Gretzky’s 1993 Los Angeles Kings were the other club to pull off the feat — as Toronto fell to 11-2 all-time when leading a series 3-1. … The Canadiens, who hadn’t faced the Leafs in the playoffs since 1979, lost the only other Game 7 between the teams in 1964 when Dave Keon’s hat trick led Toronto to a 3-1 victory at the Montreal Forum. … The Leafs’ last series win — and the last Game 7 played between Canadian teams — was 17 years ago, 6,250 days to be exact, against Ottawa in the Eastern Conference quarterfinals. … Toronto has lost seven straight postseason series and dropped eight straight games in which it could have eliminated an opponent.