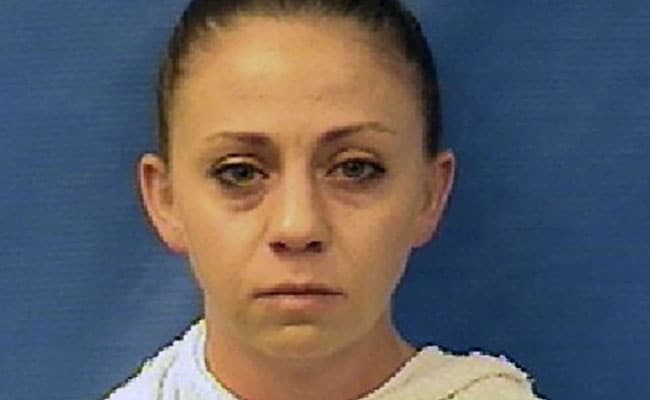 Amber Guyger’s September 2018 shooting of Botham Jean was a justifiable act of self-defense.

The former Dallas police officer who shot and killed her neighbor inside his apartment, mistaking it for her own, is seeking to have her murder conviction overturned and 10-year prison sentence reversed.

Amber Guyger’s September 2018 shooting of Botham Jean was a justifiable act of self-defense, her attorney said in a brief filed to a Texas appeals court, because she believed the 26-year-old man was an intruder in her home. The lawyer acknowledged that the consequences were “tragic,” but insisted that the ex-officer “acted reasonably” based on her mistaken belief.

“Although she intentionally and knowingly caused Jean’s death,” wrote attorney Michael Mowla, “she had the right to act in deadly force in self-defense since her belief that deadly force was immediately necessary was reasonable under the circumstances.”

The attorney made his case Tuesday during an appearance before Texas’s 5fth Court of Appeals, during which prosecutors argued that the conviction should be upheld. The hearing came about a year and a half after jurors convicted Guyger in the high-profile trial and sentenced her to a decade in prison – a punishment on the low end of the up to 99 years she could have received. Prosecutors had sought 28 years.

Guyger is asking that the three-judge court throw out her murder conviction or, alternately, instead find her guilty of the lesser charge of criminally negligent homicide. That charge carries the possibility of a lighter sentence or parole.

The court is set to issue a ruling at an unspecified later date.

Jean’s family expressed disappointment at Guyger’s request. In an extraordinary moment shortly after the sentence was announced in October 2019, Jean’s brother had forgiven her and wrapped her in a hug, both of them in tears. The judge who presided over the case later offered Guyger a Bible and embraced her.

In a recent interview with the Dallas Morning News, Jean’s mother, Allison, said she understood that Guyger has a right to appeal.

“But on the other hand,” she said, “there is one person who cannot utilize any more rights because she took him away. So having gotten 10 years, only 10, for killing someone who was in the prime of his life and doing no wrong in the comfort of his home, I believe that she ought to accept, take accountability for it and move on.”

The fatal shooting happened Sept. 6, 2018, at the Dallas apartment complex where Guyger and Jean lived in identical units a floor apart. Guyger, who is White, was returning home after a long day at her job as a police officer. Jean, who was Black and an accountant at the PricewaterhouseCoopers firm, was sitting on his couch, eating ice cream.

Guyger testified that she accidentally entered the apartment building on the wrong floor and mistook Jean’s unit for her own. She missed visual clues that would have shown that she was in the wrong place, including his doormat, and inserted her key fob into his door.

When she walked in and saw Jean’s “silhouette” in the darkened living room, she said, she yelled at him to show his hands. Within seconds, she had grabbed her department-issued pistol and fired the two shots that killed Jean, whose death brought protesters to Dallas streets.

The jury rejected Guyger’s self-defense claims. But her attorney argued to the appeals court that because of the layout of the apartment complex, where little differentiated the floors, her confusion was understandable. She was “terrified” to see a person inside what she believed to be her home, he said, and thought her life was at risk.

“Intentionally or knowingly killing another human is an evil act,” Mowla said. “And that’s what she was convicted of. The problem is that when she entered what she thought was her own apartment, she did not have evil intent.”

But prosecutors dismissed those claims, urging the court to uphold the jury’s decision. They said the evidence supports Guyger’s conviction, adding in court filings that “intentionally killing a man in his own apartment is murder.” They said she is trying to undo a verdict she did not want.

Guyger, prosecutors said, “walked into an apartment that wasn’t hers,” then “shot a man who wasn’t a threat.”

“She knew Botham was a living human being,” Dallas County Assistant District Attorney Douglas Gladden told the court Tuesday. “She pointed a gun at him. She intended to kill him. That’s murder. It’s not negligent. It’s not mistake of fact. It’s not justified.”

He added: “Amber Guyger murdered Botham Jean. This court should say so and affirm the trial court’s judgment.”