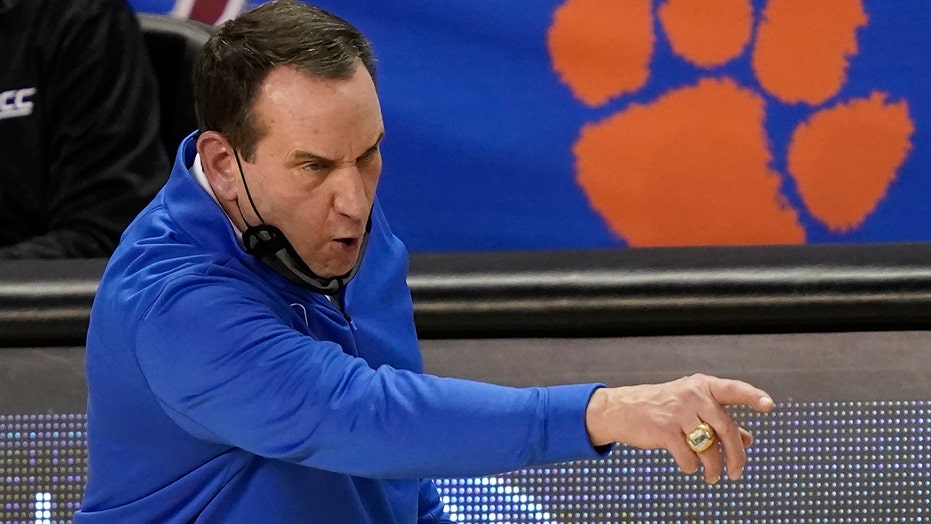 Krzyzewski will retire after the 2021-22 college basketball season after putting together a coaching career for the ages. He led the Blue Devils to five NCAA Tournament championships, 12 Final Four appearances, and he won 1,170 games, which is the most in men’s college basketball history.

The man known as “Coach K” got his start at Duke before the 1980-81 season after serving five seasons as the coach for Army at West Point. Krzyzewski was a graduate of the United States Military Academy and as a senior was captain of Army’s hoop squad during the 1968–69 season, leading the Cadets to the National Invitation Tournament.

After graduation, he served three years in the  U.S. Army, was discharged from active duty as a captain and returned to his alma mater to serve as an assistant coach under Bobby Knight. He replaced the legendary coach after Knight departed West Point for Indiana University.

The Chicago native built Duke into a powerhouse program. He took the Blue Devils back to the NCAA Tournament in his fourth season and was in the Final Four with the team by his seventh season.

“My family and I view today as a celebration,” Krzyzewski said in a statement. “Our time at both West Point and Duke has been beyond amazing and we are thankful and honored to have led two college programs at world-class institutions for more than four decades. That, coupled with 11 unforgettable years as the United States National Team coach, has resulted in a remarkable journey. Certainly, I have been blessed to coach some of the finest young men and greatest players in basketball history as a direct result of these unique opportunities.

“For us, there is no greater joy than being part of our players’ respective endeavors through basketball, and more importantly, their lives off the court. Our family is eternally grateful to everyone who contributed to our career for the past 46 years. So, to the countless members of our extended family, thank you very much.”

The sports world reacted to the news of Krzyzewski retiring.

He was the coach when Grant Hill threw a cross-court baseball pass to Christian Laettner, who made a miraculous turnaround jump shot to give Duke the win over Kentucky in the 1992 Elite Eight.

He was the coach when Bobby Hurley hit the game-winner against UNLV in the 1991 Final Four matchup.

Memorable NBA players have graced Coach K’s teams. Hurley, Hill and Laettner all went to the NBA. Zion Williamson, Jayson Tatum, Austin Rivers and J.J. Redick were some of the other greats on the Blue Devils teams.

With Duke, Krzyzewski would win five national championships and elevate countless players to the professional ranks. He has a career record of 1,170-361 in more than 1,500 games.

Krzyzewski also made his mark on the Olympic basketball stage.

Jon Scheyer, who played under Krzyzewski from 2006 to 2010 and was a captain of the 2010 national championship team, has been named Krzyzewski’s successor and will be the program’s 20th head coach beginning with the 2022-23 season. Scheyer has spent eight years on Krzyzewski’s staff and was promoted to associate head coach in 2018.

Ring Fit Adventure is now one of the…

Why every female solo traveler needs a card…