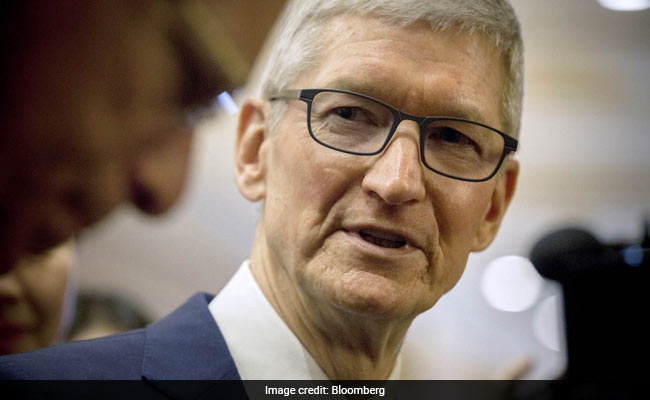 Tim Cook said he had higher concerns about the phone than Mac computers. (FILE)

Cook is expected to spend more than two hours making what are likely to be his most extensive public remarks on the App Store, which anchors Apple’s $53.8 billion services business.

Epic has waged a public relations and legal campaign, arguing that Apple acts anticompetitively by only allowing apps it approves on the world’s 1 billion iPhones and by forcing developers to use Apple’s in-app payment system, which charges commissions of up to 30% on sales.

Cook under questioning said he had higher concerns about the phone than Mac computers. “You have a phone in your pocket most of the time and you want instant service. We felt both the use cases and the threat profile would eventually be much greater because of the number of iPhones on the market.”

Epic has argued that the Mac is very safe without Apple’s App Store review and that most of the privacy and security benefits come from the operating system, not the App Store rules.

The maker of “Fortnite,” which pits players against in each other in an animated “Battle Royale” fight to the last survivor, is led by CEO Tim Sweeney, who has reveled in the public opportunity to take on Apple.

Sweeney two weeks ago kicked off the trial as Epic’s first witness, using his time on the stand to argue that “Fortnite” has become a place for players to gather in a virtual world he calls the “metaverse” and that Apple is unfairly demanding an outsized cut of profits for providing simple payment processing technology.

On Friday, Sweeney, who has attended every day of the trial as a corporate representative for Epic, listened to Cook’s testimony, looking down at a rubber band he stretched and twirled between his fingers while making notes.

The antitrust trial at a federal courthouse in Oakland, California, comes as Apple faces a chorus of criticism from app makers including music service Spotify Technology, European regulators and U.S. politicians including who say the $2 trillion company tries to squash small competition.

In the past, Cook fielded a handful of questions about the App Store while testifying before U.S. lawmakers last year, but he has stayed mostly silent as lawmakers grilled the chiefs of Alphabet Inc’s Google and Facebook Inc.

Apple attorneys said they plan to ask him to testify about the company’s corporate values, how the App Store came about and Apple’s competitive landscape. Throughout the trial, Apple has sought to persuade Judge Yvonne Gonzalez Rogers that whatever rules it imposes on developers are aimed at keeping its customers’ information private and safe from malware.

But Epic’s legal team has put other Apple executives under pressure during the three-week trial.

During a cross-examination Thursday, Apple’s software chief Craig Federighi lashed out at an Epic attorney who did not allow him to explain the technical details of why Apple does not use automated tools to scan for some offensive content. The judge intervened to tell Federighi he would have to explain himself later when Apple’s lawyers resume questioning.

In United States, lawmakers such as Senator Amy Klobuchar who are contemplating new antitrust laws are likely to comb through the records generated in the Epic case.

“This case has always been part of a bigger narrative rather than something that’s going to decide the issue on its own,” said John Bergmayer, legal director at consumer advocacy group Public Knowledge.

It’s Never Too Late To Start Over

It’s Never Too Late To Start Over